Plum Slate Chippings have many uses in home and garden projects, from paths and driveways to retaining walls, raised beds, ponds and individual standing stones.

Indigenous natural slate is one of the hardest, most durable natural materials that has been used for hundreds of years in homes and buildings across the UK for walls, floors, paving and roofs. The Alexandra and Moel Tyfan Quarries in North Wales, where our plum slate chippings is sourced and supplied directly to our customers, has a rich history of making roof slate dating back to the mid 19th century when the quarry was in its prime, providing thousands of tons of plum coloured roofing slate all over the UK and overseas. Indeed, its early owners were the shipbuilders Harland and Wolff, whose investment was motivated by the desire to have a plentiful supply of slate for the roofs of the housing being built for the workforce in Belfast.

Roof slate at the quarry was produced in 3 steam-powered mills, which was connected to the port of Caernarfon by the North Wales Narrow Gauge Railway, which opened in 1877, where slate could be exported by boat or transferred onto the London and North Western Railway for transport to other UK destinations. Roofing slate production eventually ceased in the 1960s. 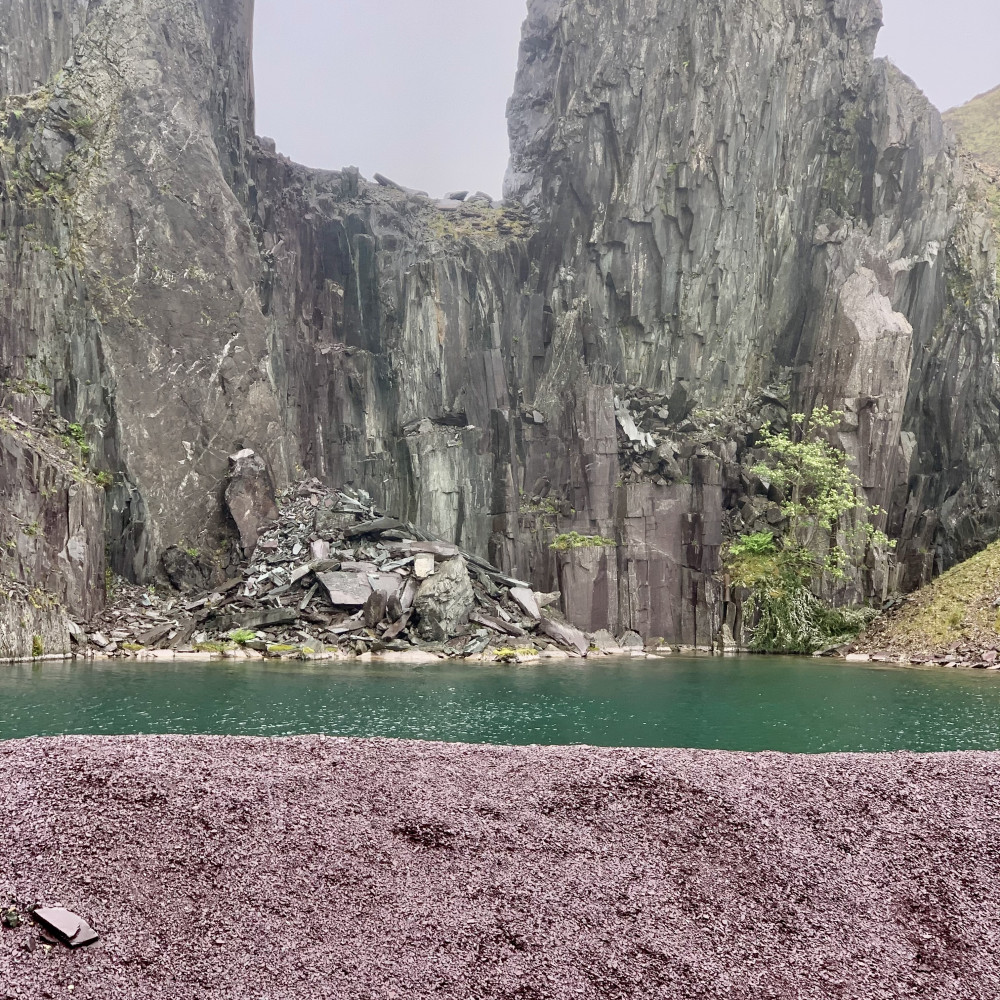 Today’s workings are on a much-reduced scale from the peak of activity in the 1880s, with the product portfolio being primarily decorative aggregates, rockery stone, walling and monoliths, which are produced from the slate tips remaining as the relics of the original roofing slate workings. These products are famous for many uses in home and garden projects, from paths and driveways to retaining walls, raised beds, ponds and individual standing stones.

The slate is of the Cambrian geological era – dated at between 480 and 550 million years old and has a fine-grain texture. The slates plum colour is one of the purest in North Wales, with the occasional slight green inclusions sometimes found in the slates deposits, and remains the material of choice for many landscape designers and architects across the UK. 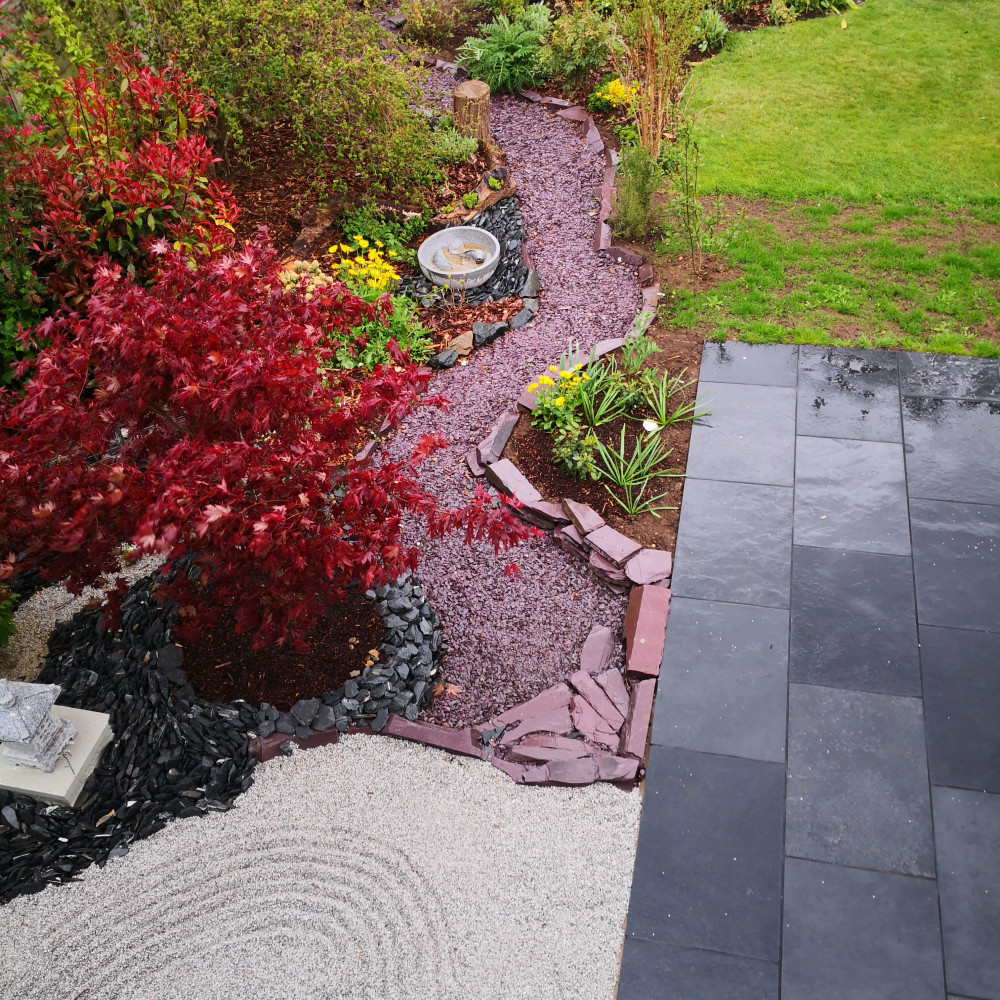